OVERVIEWHEAD-TO-HEADSHARE
Arnaud Guilloux
France
World Rank
81
Weight
75kg
Height
1.94m
Age
34
DOB
09/29/88
Swim: DeboerBike: CerveloRun: Hoka One One
Athletes are measured as a percentage (for each discipline and overall) based on a relative comparison to the #1 ranked athlete who's rated at 100%. 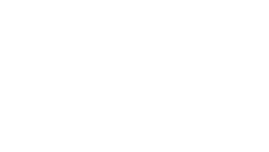 Arnaud Guilloux achieved one of his triathlon dreams in September 2019 when an epic victory at IRONMAN Wales secured qualification for the 2020 World Championship at Kona.

While the COVID-19 pandemic means that trip to the Big Island will have to wait, the man from Brest was still able to savour the moment in Tenby, describing it as “the third best day in my life”. The first two of course involve family, his wedding and the birth of his children.

Arnaud admitted the win came as an extremely nice surprise. Beforehand he had assessed the field and thought coming out on top looked impossible with around 10 competitors potentially stronger.

That success in Wales was sealed by a decisive move on the run course, as Guilloux moved into the lead and scorched clear of his rivals in highly impressive style. In the process he set a new course record of 8:48:06 and of course clinched that elusive maiden professional victory on one of the toughest courses around.

Arnaud always had the ideal CV to take up triathlon seriously at some stage, having competed as a swimmer, runner and cyclist in individual events in his youth. His transition to combining all three at the same time came in 2013 over sprint distances.

His real breakthrough campaign was 2015 when he became the first Frenchman to win the Alpe d’Huez Triathlon. He also claimed victories in a number of regional events in France.

The 2016 season saw Guilloux again show his promise by finishing eighth over the full distance at Embrunman. His stated aim of qualifying for Kona within five years was truly up and running.

That memorable Tenby success came on the back of an excellent fourth over full distance at Hamburg in 2019, while he also produced top-10 performances at 70.3 in Dubai and Pays d’Aix.