OVERVIEWHEAD-TO-HEADSHARE
Matthew Russell
United States
World Rank
107
Weight
76kg
Height
1.80m
Age
39
DOB
03/19/83
Swim: BlueseventyBike: A2Run: On
Athletes are measured as a percentage (for each discipline and overall) based on a relative comparison to the #1 ranked athlete who's rated at 100%. 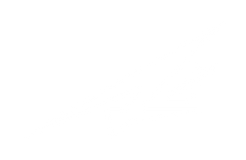 As sporting comebacks go, Matt Russell's return to Kona just a year after he suffered a near-fatal bike accident at the 2017 IRONMAN World Championship is up there with the most remarkable.

Deep into the bike leg, Russell was focused on putting down the power, and not the minivan which was unexpectedly crossing the course.

With only a split second to react, he slammed into the side of the vehicle and suffered shocking injuries, including a severed muscle in his neck and the jugular vein on his right side.

Those on the scene weren't sure whether he would survive, let alone race again. But Russell had already shown his incredible powers of recovery.

While two or three IRONMAN races is the norm for most pro athletes each year, he would get close to double figures on a regular basis. Seemingly without any injury or fatigue issues.

Inspired by his Christian faith and beliefs, Matt set about his "second chance in life" from his hospital bed and just six months later he was lining up at IRONMAN Texas. And leading on the bike.

Russell was reduced to a walk deep into the run as his injuries took their toll, but he made it to the finish in 14th place.

The emotion of the moment was heightened when he performed a 'Blazeman Roll' on the line, first done in 2005 by Jon Blais, when he competed at Kona while battling ALS (Lou Gehrig's disease).

Russell's mother had been diagnosed with ALS when he was eight and passed away when he was 13. He has always proudly worn the ALS logo on his racing kit throughout his career.

His recovery continued apace and included a third place at IRONMAN Canada, and he then accepted a wild card for Kona.

Just making it back to Hawaii was an incredible achievement in itself, but Russell posted his best Kona finish yet with sixth place. His CV is full of race wins and records, but none of them can surpass what he did in those 12 months.

Since then Matt has also claimed a fitting victory at IRONMAN Lake Placid in 2019, a race where he used to volunteer when he lived nearby. That year also saw him notch full-distance top-10 finishes in successive weeks at IRONMAN Frankfurt and Challenge Roth.

The former qualified him for Kona, and though a mechanical on the bike ruined his chances, it was no surprise at all to see him keep going all the way to the line.

Given everything he has been through it is no surprise that Matt is most proud of “not giving up” and now most driven by “having a second chance in life”.