OVERVIEWHEAD-TO-HEADSHARE
Meredith Hill
Australia
World Rank
168
Height
1.72m
Age
40
DOB
11/29/82
Swim: RokaBike: FeltRun: Nike
Athletes are measured as a percentage (for each discipline and overall) based on a relative comparison to the #1 ranked athlete who's rated at 100%. 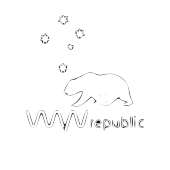 Australian Meredith Hill has showcased elite talent over long-distance triathlons - her best performance to date was when ‘Mez’ earned victory at Challenge Anhui in China in the debut of the full-distance event in 2019. Her favourite event is the Norseman Xtreme Triathlon - an event she finished second in during the 2017 season.

Prior to becoming a professional in 2017, Meredith raced on the amateur circuit, finishing first at Challenge Roth in her age group in 2016. Her professional debut came at IRONMAN Western Australia in 2017, where she finished fifth.

Hill’s favourite discipline is the bike as she loves the hilly courses and her least favourite is the swim. In the past she would regularly start the bike stage with ground to make up on the leaders, but has improved her swim to make that less of an issue now.

Meredith initially started jogging to offset the unhealthy lifestyle she was living as a university student, but that soon turned into cross training as she began to get a lot of niggling injuries from just running alone. She entered her first triathlon in 2006 and it has been a major part of her life ever since.

Meredith’s favourite cheat meal is a KFC Zinger burger combo, she can’t live without chocolate and her hero is Turia Pitt - an ultramarathon runner who suffered severe burns after getting caught in a grass fire during a race. ‘Mez’ also has a fear of crocodiles and cites them as the reason she is hesitant to swim in Cairns.

Meredith’s favourite holiday location is the Galápagos Islands (prolific wildlife with very few predators!) ...meaning most of the animals have more curiosity towards humans rather than fear. “I’d go back in a heartbeat” she says.

The best advice Meredith has received in her career to date is to “make the uncomfortable comfortable” and “start out hard then hang on!”