OVERVIEWHEAD-TO-HEADSHARE
Mirinda Carfrae
Australia
World Rank
59
Weight
54kg
Height
1.61m
Age
41
DOB
03/26/81
Swim: Aqua SphereRun: Hoka One One
Athletes are measured as a percentage (for each discipline and overall) based on a relative comparison to the #1 ranked athlete who's rated at 100%. 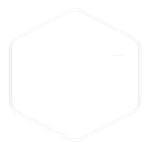 Few people, male or female, have had a more significant impact on the world of triathlon than Mirinda Carfrae.

Her four World Championship victories (three in Kona and one over 70.3), together with 50 half and full-distance wins in every race that matters, show she is simply one of the greatest of all time.

But there is more to it than that.

Widely known as 'Rinny', her style of racing which involves cutting down her rivals on the run, makes for dramatic viewing while her personality has helped take the sport to a wider audience.

She came into swim-bike-run from basketball after her high-school triathlon coach noticed her speed on the court. Rinny made an immediate impact, and before long she was representing Australia at the ITU Triathlon World Championship, twice earning U23 silver medals (2002 & 2003).

Mirinda also claimed silver at the ITU Long Distance Triathlon World Championship in 2005, but It was the transition to long-distance and non-drafting racing which catapulted her to the pinnacle of the sport.

She won the 70.3 World Championship in 2007 but waited until 2009 to make her Kona debut. She now felt ready for the challenge, some 10 years after her very first triathlon.

Her trademark power-packed run saw her set a marathon course record as she took second place behind Chrissie Wellington.

In December 2013 Mirinda married fellow pro Tim O'Donnell and the next chapter in her career saw her come back to the sport following the birth of her first child in August 2017.

A year after Izzy's arrival, Mirinda was back winning races and also back at Kona, where she finished fifth.

2019 saw her continue to race as well as before as she added two more titles to her impressive haul (70.3 Victoria and 70.3 Mont-Tremblant).