OVERVIEWHEAD-TO-HEADSHARE
Rach McBride
Canada
World Rank
53
Weight
64kg
Height
1.75m
Age
44
DOB
03/28/78
Swim: BlueseventyBike: DiamondbackRun: Topo Athletic
Athletes are measured as a percentage (for each discipline and overall) based on a relative comparison to the #1 ranked athlete who's rated at 100%. 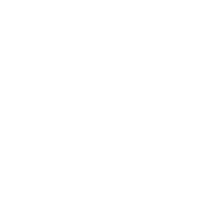 Rach McBride has been racing on the professional triathlon circuit since 2011, enjoying plenty of success along the way. They are a three-time IRONMAN 70.3 Champion and have numerous podiums across various distances, making them one of the most versatile triathletes on the circuit.

Rach - also known as the ‘Purple Tiger’ - is revered on the world circuit as one of the strongest cyclists, leading from the front and consistently posting impressive times, having logged eight IRONMAN 70.3 fastest bike splits. They are currently a two-time IRONMAN bike course record holder.

Rach didn’t start running until the age of 26, having first completed a graduate degree in genetics. Feeling pretty uninterested and out of shape in a traditionally cold Canadian winter, they woke up one morning and decided “to do something for my mental health - something that seemed epic”. They started running in January 2004 as a commute to work along the Rideau Canal in Ottawa.

McBride has been described as "the most interesting [person] in triathlon". They are a board-certified Genetic Counselor and have two graduate degrees in genetics as well as a highly-respected cellist. They also do work in sexual health education, counseling and advocacy in Vancouver, where they remain in training.

While Rach hails from Canada, they have a real love of New Zealand - it is their favourite place to holiday while Challenge Wanaka is both the race they love the most and the ideal training location.

McBride wants to leave the world of sport as a more inclusive and accepting place where everyone feels comfortable competing, no matter who you are, what you look like, or how you identify. They want everyone to have the courage to be their most authentic selves.

And finally, if Rach has one piece of advice to give, it would be to get a good sleep at least two nights before a race, because you can never get one the night before!