OVERVIEWHEAD-TO-HEADSHARE
Maja Stage Nielsen
Denmark
World Rank
52
Weight
60kg
Height
1.75m
Age
34
DOB
07/24/88
Bike: CerveloRun: Hoka One One
Athletes are measured as a percentage (for each discipline and overall) based on a relative comparison to the #1 ranked athlete who's rated at 100%. 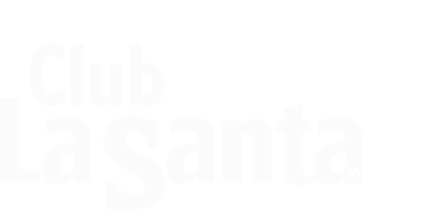 After proving herself at the very top in domestic competition in Denmark, it was inevitable that Maja Stage Nielsen would take the next step to professional triathlon on the world stage.

And if recent years are anything to go by, the future is very bright for the former golfer from Denmark.

Maja’s favourite race is the World Championship at Kona, and it isn’t just the surroundings she is fond of. After placing 12th in 2017, 15th in 2018 and 11th in 2019 she is knocking very firmly on the door for the rarified surroundings of the top 10.

The love affair with triathlon began when Maja was a golf instructor at Club La Santa in Lanzarote, and wanted a change from golf. She tried all the sports the resort had to offer, but once triathlon popped up the Dane was hooked. From then on, all her spare time was devoted to swimming, cycling and running.

Maja has racked up a number of podium finishes in full-distance IRONMAN events since 2016, including fittingly in Lanzarote in 2019.

She has also claimed a number of ETU European Championship podiums at Middle Distance in recent years.

Maja still admits to having a love of golf despite effectively choosing triathlon over it, and not surprisingly her hero growing up was the great Tiger Woods.

Maja says the one thing she cannot do without is sunshine, so no wonder Lanzarote (“full of adventures”) is her favourite holiday spot as well as pivotal in her career. Meanwhile ice cream is her ideal cheat meal.

The physical pain associated with triathlon is very real, but so is the mental, as Maja explains while also admitting that her biggest rival is her own head.

“I think the biggest pain during a race has been mental, by trash talking myself into a black hole. That’s worse than the physical pain I have ever experienced IN a race.”

The best training advice Maja can pass on to budding triathlete meanwhile is “enjoy the process”, while on race day the best mantra is “stay patient and race to the finish line”.