OVERVIEWHEAD-TO-HEADSHARE
Sara Svensk
Sweden
World Rank
105
Height
1.70m
Age
33
DOB
04/12/89
Athletes are measured as a percentage (for each discipline and overall) based on a relative comparison to the #1 ranked athlete who's rated at 100%. 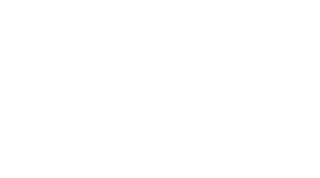 It is one of the most select lists in triathlon, and Sara Svensk is now part of it.

The Swede is there thanks to her 8:34:10 at IRONMAN Barcelona in 2019, a result which catapulted her into the limelight. She won by more than 15 minutes in a course-record time to qualify for Kona.

It rounded off a breakthrough season which had earlier seen her first major 70.3 win. That had come at St. Pölten when she overcame a 4:43 deficit after the swim.

Sara then finished 10th (with the fastest run split) at the 70.3 World Championship in Nice.

All of the above was achieved while working as a part-time doctor.

"I now do two days per week at the hospital, but I like working as a medical doctor and try to do my recovery when I'm there. It's working at the moment, and gives you a sense of perspective."

Svensk was relatively late into the sport, and all three of its components.

It was only when she joined a running club in her 20s that she started to get competitive. And the cycling came next after a running injury saw her buy a bike so that she could maintain her fitness.

Her first triathlon was in 2014 when she was 25, and Sara was Swedish champion the following year.

By 2018, she was on the podium at the 70.3 European Championship, fifth at the IRONMAN North America Championship, and sixth at IRONMAN Austria before that landmark 2019 campaign.

Now Kona is the big target, which is why she lined up in Barcelona. And the 8:34 that day underlines just what a future threat she could be in Hawaii.